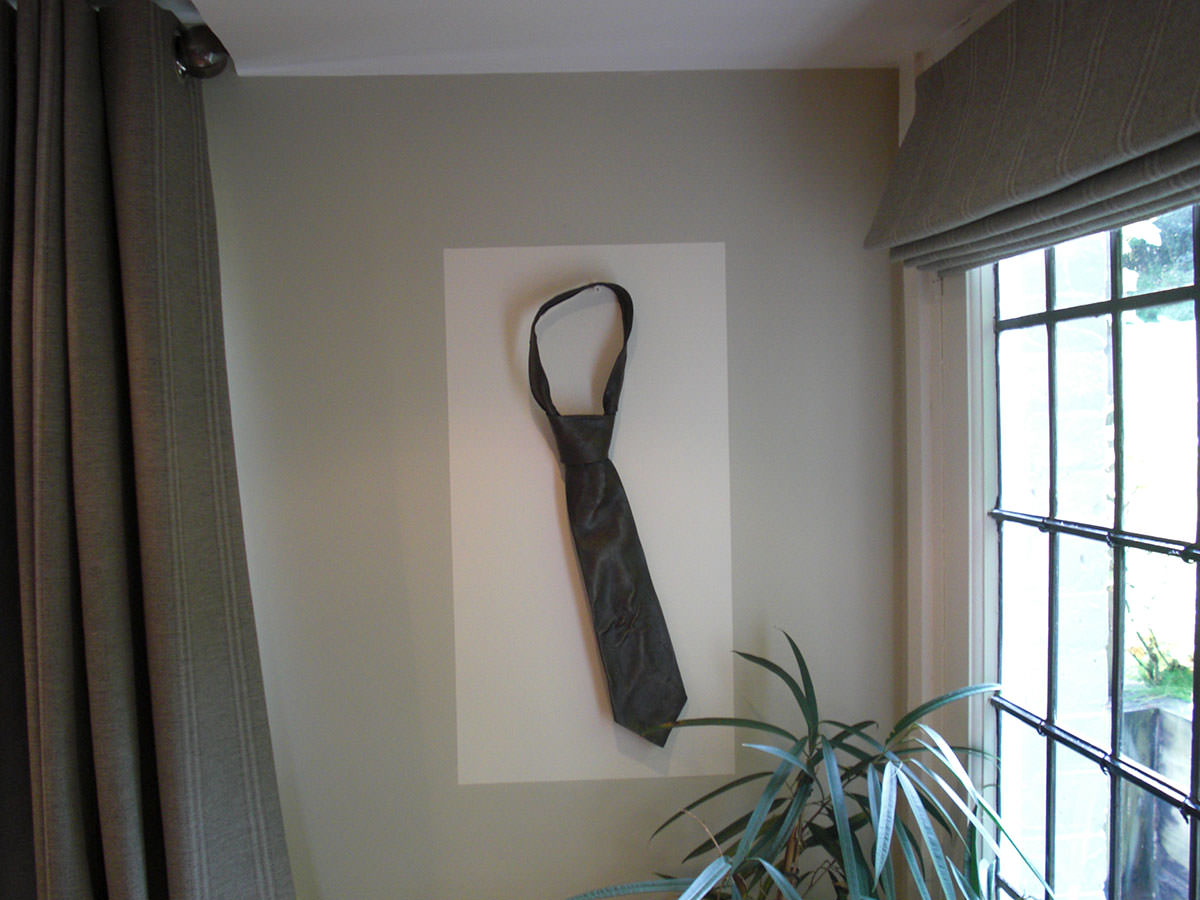 Our client had a sculpture of a metal necktie which they had bought at the Affordable Art Fair in Battersea. We suggested displaying it on the wall. Our client wanted to be able to touch the sculpture so we decided not to put it in a traditional frame behind glass. Instead we replicated a frame by painting an oblong on the wall in a contrasting colour and set the tie within it.

There was also a painting of fabric draped over a piece of wood. We mounted the picture on to a small ladder that we fixed to the wall. This not only extended the painting beyond its original boundaries but also enhanced it to fill the wall space.

Both treatments were simple and inexpensive but very effective. 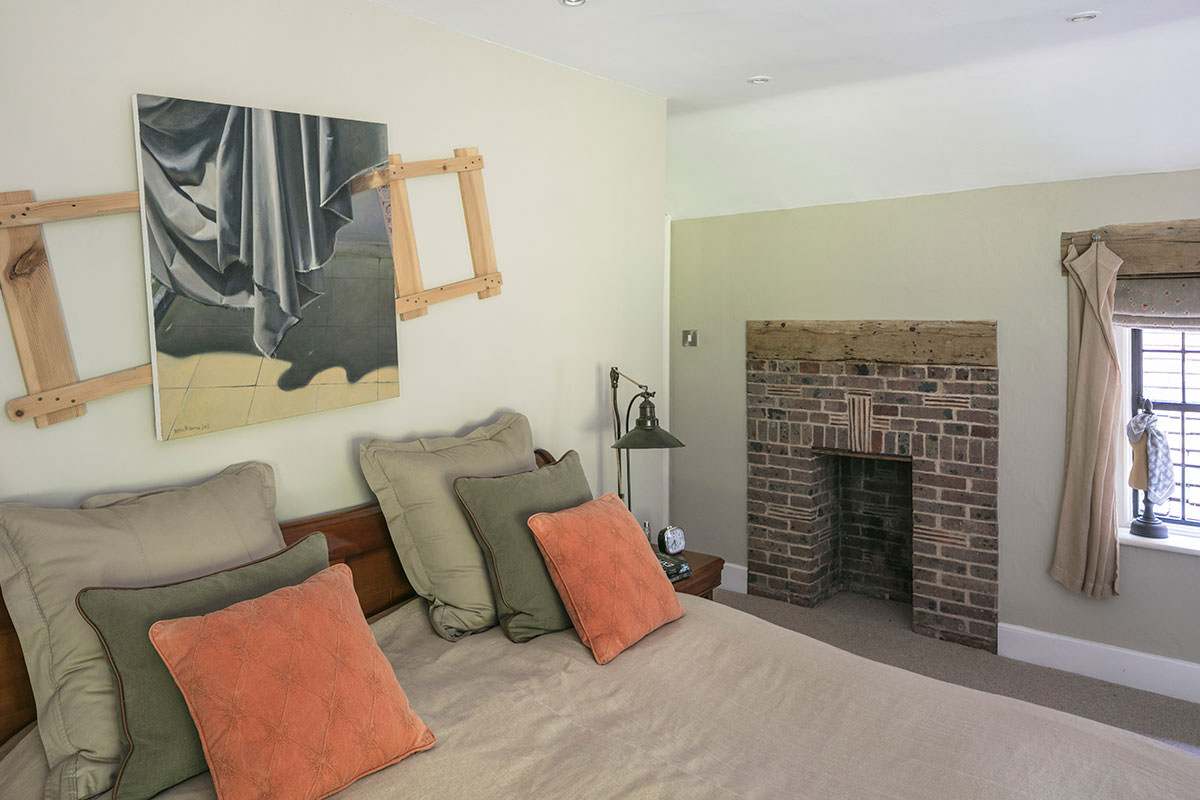